It is sung by Aaron Brotherton. It is produced and directed by John Loeffler and David Wolfert. Everyday we just keep going through the motions and we don't know why Seems like we never stop to take the time to know this life as it goes by But there's a whole world out there, it's a miracle to see - Like the colors of the rainbow, it's a living symphony So open your eyes It's easy to do Just take the time And look around you Never forget: This is a beautiful world Do we really celebrate the beauty that surrounds us every single day Or ever realize the gifts that we've been given might just go away?

Realizing something was wrong, Da-hee excused herself, but as she passed him, Jin-pyo grabbed her arm. As she tries to figure out the passcode, Jin-pyo arrives, and he notices her missing presence. Just as he begins to suspect something, Eun-joo appears before him. Out of the blue, Jin-pyo suggests a family vacation before Joon-suk leaves to study abroad, and Eun-joo agrees. He ends up at the convenience store where Dong-soo works, but a different part-timer is at the cash register. Joon-suk sighs and stands outside on the sidewalk by himself. Inside the restaurant, In-ha and Moo-jin treat the kids to meat, and when Dong-hee wishes for Sun-ho to join them next time, Soo-ho and Dong-soo tease her for only caring about him.

The only one not at dinner is Joon-ha who stayed behind at the hospital to watch Sun-ho. While getting water, she finds Ki-chan standing outside the room, and she pushes him inside to apologize in person. He offers Ki-chan ice-cream since they have his favorite, and Ki-chan sobs at this act of kindness. He promises to come again and runs out of the room in tears. However, she tells him that he should still apologize regardless and keep at it until Sun-ho is satisfied. In-ha admits to not even considering it before, but now that they mention it, she decides that it may be necessary.

Ki Deuk-chul calls the detective, asking if he received his gift, and sends him his well wishes in getting rid of the trash. Jin-pyo tells the worried vice principal that everything will die down, but Teacher Shin interrupts to say that they should open a new School Violence Committee.

As Teach Shin stammers through his speech, Detective Park barges into the office with an arrest warrant for Jin-pyo. Teacher Shin shouts at Teacher Lee, asking why he should quit, and though he tries to convince him to reconsider, Teacher Lee ignores him and leaves the office. Currently being interrogated, Jin-pyo continues acting high and mighty, denying both charges of murder and sexual assault.

Detective Park reveals additional evidence they have, and shows him a box that Eun-joo brought them. The haughty attitude now gone, Jin-pyo refuses to make a statement without his attorney, and Detective Park tells him that even if he hires all the top attorneys, his life is over.

She shares her worries over Joon-suk as well as her own abilities to support him, and says that she sometimes wonders what In-ha would do in her situation. Eun-joo thinks that In-ha would have done things differently, but In-ha confesses to not being completely certain about that. While she still needs time to understand and forgive Eun-joo, In-ha offers her a warm word of encouragement as one struggling parent to another.

She tells her to stop wallowing in past mistakes, and reach out a warm and strong hand to hold Joon-suk when he stands at the edge. Having read the notebook, Eun-joo says that Sun-ho is a pure kid, resembling In-ha and Moo-jin.

He asks about the books he sent, which were actually from Sun-ho, and he tells Joon-suk to take care of himself. Having skimmed through it, In-ha asks about the poem he wrote down multiple times, but Sun-ho just smiles at her.

JOSH ROSEBROOK BACK IN STOCK

Meanwhile, the principal approaches Teacher Lee and hands him back his letter of resignation. He tells the younger teacher to stay for another year and decide then to quit or not since there are still a lot of students who need him. No longer strangers, Joon-suk visits Dong-soo at the convenience store and calls him hyung.

He tells Dong-soo about his move to the countryside and gets his number before he goes. Dong-soo asks for his name, since he only knows him as the middle school kid, and Joon-suk introduces himself for the first time. Recognizing the name, Dong-soo shouts to Joon-suk that Sun-ho is going to be discharged soon, and Joon-suk stares at him speechless. Soo-ho snaps back at him since she was always mature, and both Sun-ho and Moo-jin jokingly shush her to not wake In-ha. Unbeknownst to them, In-ha smiles to herself as she overhears her family talking and laughing together. A much gloomier family reunion takes place between Eun-joo and Jin-pyo as she visits him in jail to inform him about the divorce papers.

Unlike him, she plans on living the rest of her life making up for her sins, and taking one last look at Jin-pyo, she tells him that the outfit suits him. The air between them is still tense as Joon-suk thanks Sun-ho for the books and apologizes. Before he leaves, Sun-ho hands him his poetry book and explains that the last one is his favorite. Life resumes as normal with Joon-ha opening the bakery, and Moo-jin now preparing breakfast for the family. Soo-ho gets ready to leave for school, and like those days many moons ago, Sun-ho exits his room and joins them. Besides his limp, he looks just as he did before the accident, and Sun-ho heads off with Soo-ho while In-ha and Moo-jin stand in front of the entryway still smiling at the door long after they leave.

Soo-ho and Dong-hee bring flowers to Da-hee who opens the gate to her house to let them in. As for Eun-joo and Joon-suk, they drive down to the countryside looking peaceful with this new change.

At times when everyone in the world is asleep, when even dreams are asleep, confined in darkness, become a person who walks regarding the stars, not afraid of the dawn that has risen alone; become a person who produces hope. If you live life loving this world of despair, that lacks even despair, this world of sorrow, that lacks even sorrow, then spring snow falls. Out in the snow, on encountering long-expected expectancy, out in the snow, on encountering long-yearned-for yearning, exclaim aloud, embrace and laugh; exclaim aloud, rub cheeks and weep.

Sun-ho takes a few steps forward, but then stops in the middle of the hall and slowly turns around. Facing the camera, he gives one last smile. There is no redemption for Jin-pyo at the end of the hour, and even in his last scene, Jin-pyo remains true to himself: a conceited, despicable man who may never repent for his crimes.

His final remarks to Eun-joo reflect his selfish nature, and the show reveals that Jin-pyo truly did only care about himself and no one else throughout the entire show. He was simply a monster who perceived the world as beneath him, and ultimately, his corruption and distrust in humanity became his undoing. 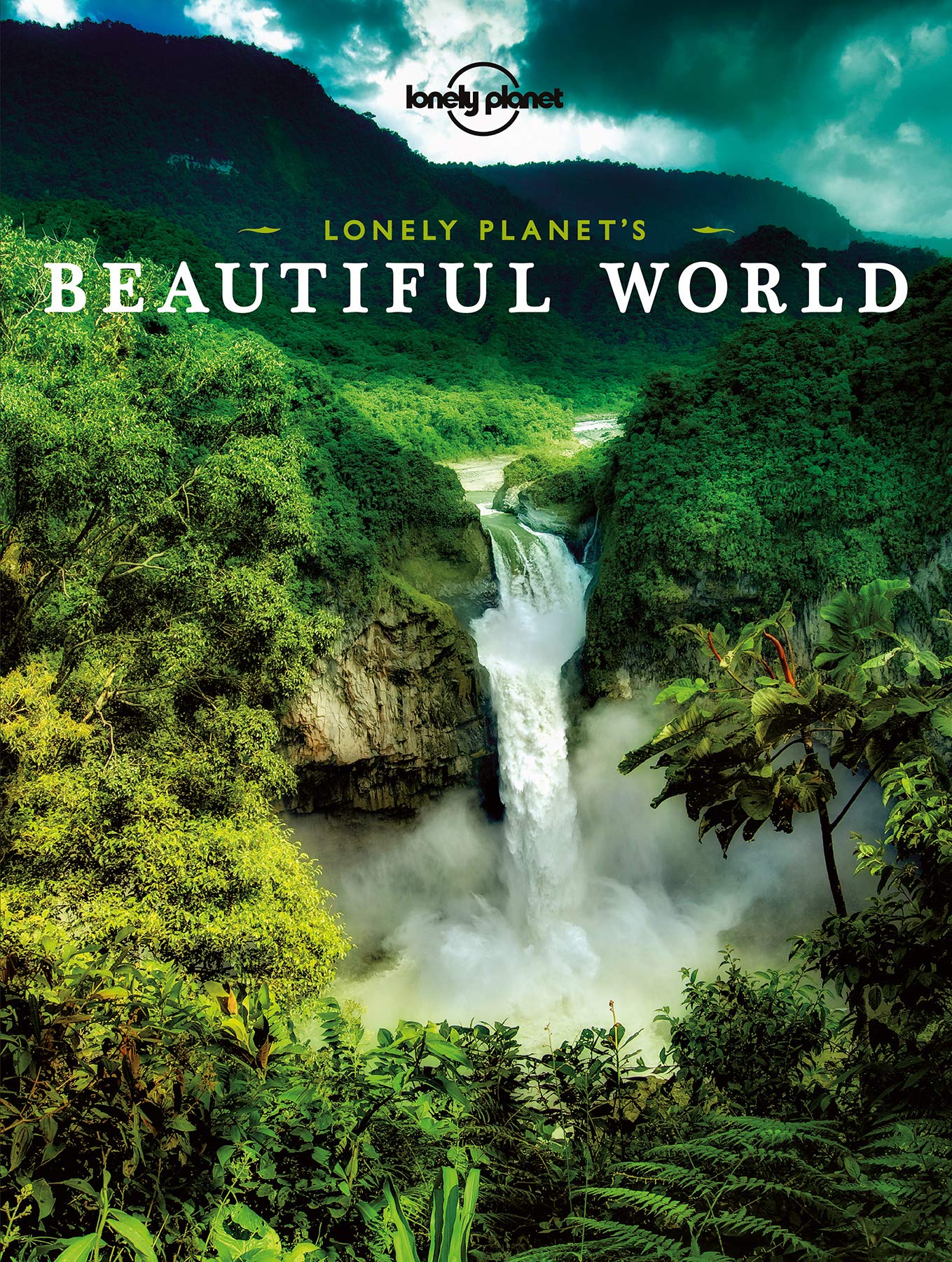 In the end, Jin-pyo trusted no one, but that also meant that no one trusted him either. Thus, when the time came, everyone turned their backs on him, including his own family. He was the first one to offer Joon-suk the chance to repent and become better, so when he tells Joon-suk to continue living as a way of atonement, his words feel sincere in that dire moment. Joon-suk just experienced his entire world crumble and blamed himself for the misfortune that fell upon his friends, but when the world felt bleak and hopeless, Moo-jin reached out and showed him warmth.

Though Jin-pyo scoffs at the idea of kindness and compassion, sometimes these things are stronger than violence and threats. One issue touched upon briefly was the idea of the lying victim, and though Da-hee did make false accusations that could have destroyed innocent lives, the show never lets the mistakes she makes after the attack justify what happened to her. Da-hee apologizes for what she did and recognizes the hurt her lies caused.